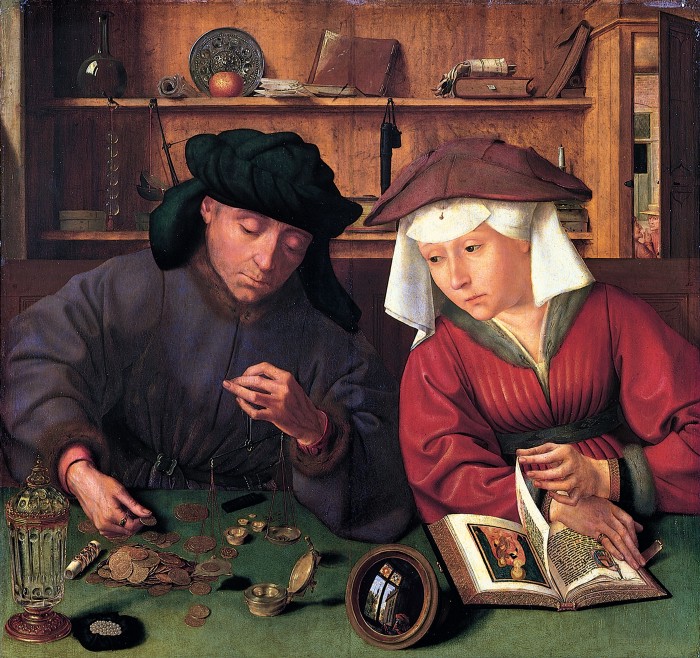 Bitcoin’s price history is, in retrospect, one of price discovery. When you see bitcoin’s hectic price movements, and look at its chart swinging up and down, you wonder how can bitcoin become the promised “gold 2.0” ? Many answers have been given, by both proponents or detractors, each discussing bitcoin’s potential to become a “reserve of value”. I suggest we may look elsewhere also for the answer, namely at the “unit of account” money function. Bitcoin has the potential to become the global reference in value measurement. Here’s why…

Bitcoin only comes into existence if energy is used. This is called the “Proof of Work” algorithm, which requires miners to spend electricity, use computers (which depreciate), and human work time (for installation and maintenance of the mining system). Knowing that the overwhelming part of the work is done by electricity, one can draw a direct causal link between the electrical energy spent, and the expected issuance of new bitcoins. Put differently, a bitcoin can be measured by the kWh transformed to generate and maintain it.

Why am I saying “transformed” and not “spent” ? because the bitcoin blockchain, 12 years in the making, has proven the following: it has consistently turned energy (electrical, mostly) into a rare, freely exchangeable electronic token. Therefore, if we simplify the idea, bitcoin is energy encapsulated and freely exchangeable across time and space.

Here lies the fundamental role bitcoin can take looking forward: one of a universal measure for value. An accounting standard. A global unit of account.

Use case for corporates, governments and individuals

By using bitcoin as a unit of account, a global corporation does not have anymore to suffer exchange rates uncertainties, cumbersome conversions, accounts reconciliations, etc. It would adopt a universal yardstick across financial periods and countries, which has the same meaning everywhere and always: a specific number of “transformed kWh”, representing the value to generate, maintain and manage “things” — whether money, land, products, debts, or anything that is worth book-keeping…

By adopting bitcoin as an official unit of account, governments would take a quantum leap in deriving benefits from globalization. It would facilitate foreign trade and foreign capital flows by providing a universally accepted unit to measure prices. It would single-handedly allow for much easier tax comparison between jurisdictions, thus favoring tax-friendly countries. Arguably more importantly, it could break geopolitical tensions, monetary battles of influence and other currency exchange wars between the USD, the EUR, the CNY, et tutti quanti…

Individuals may not see in a new unit of account an immediate benefit. People cannot be compared to corporations or governments with regards to globalization. Bitcoin’s first and foremost benefit to people is indeed purchasing power protection, which has been achieved over the last 12 years by the cryptocurrency if one thinks long term. Nonetheless, the immense benefit of bitcoin as a unit of account for individuals, would be a change of mentalities. When thinking in their national currency, people have a preference to spend it instead of saving it, given its expected depreciation over time. If people start to “think in bitcoins”, they would rather have a tendency to save their earnings for later stage spending, since they expect a long term appreciation of bitcoin. For that to happen though, a still missing ingredient is an easy to use, generalized price-setter in bitcoins. That would help people avoid cumbersome mental calculations to translate a price in BTC.

Their are multiple challenges to reach this idealized function for bitcoin though. We hereby mention three we can think of.

For one, due to its monetary policy, i.e. a decreasing and ultimately limited creation of new bitcoin, the cryptocurrency is expected to gain value with time. So how do you “count” with something that doesn’t stop appreciating against other things ? the problem mirrors — inverts— what happens with fiat currencies, which decay annually through inflation. But if you want a universal standard for measuring and accounting for the value of things, better have a less changing tool, not one which poses the opposite problem.

Second, corporations and governments wouldn’t be incentivized to “move” if bitcoin doesn’t reach a critical mass in terms of value. They would not be enticed to do so unless bitcoin’s market value is maybe at par with the current reference, ie the US dollar. That would be roughly 6 Trillion dollars, ie about 14 times the current value of outstanding bitcoins…

Thirdly, save for anecdotal cases like the canton of Zug in Switzerland, bitcoins are not accepted by governments to pay taxes. Sovereign fiat currencies maintain a raison d’être thanks to their acceptance as tax settlement instruments. This use case could become a reality for bitcoin when its volatility recedes to the point where it becomes attractive for national treasuries — or central banks ?- to hold bitcoin against their own currency.

Many paths, one destiny

Bitcoin is definitely in its early stages. Its fulfilment of one or many roles, like the electronic cash its inventor(s) envisioned, or the reserve of value one now favored by the BTC community, or the universal unit of account described above, could be non-exclusive or non-linear. Like a turbulent child turning into a teenager, bitcoin may very well explore and test new limits all at once, before settling on a preferred life path… the interesting part is, they all lead to an adult called “Gold 2.0”.